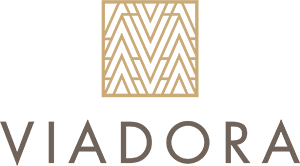 Cooked agave is probably one of the most penetrating and memorable smells. It is sweet, makes your nostrils itch and gives you a little punch in the gut… if someone has ever visited a tequila distillery, they know exactly what I am talking about. However, the story of tequila implies an extrasensory experience, a profound love for processes and for the earth, and if not, how can we explain the act of finding the adequate land, planting the seed of blue Agave tequilana Weber, and of watering and taking care of it for years?… Seven? Ten? Having to jimarlo in order to reach its heart (the famous pineapple), cooking it, for how many hours and at what temperature? Grinding it, in tahona as artisans do or using a machine? Extracting its unfermented juices, fermenting it, distilling it, once, twice or thrice? Fermenting it with yeast, filtering it,
allowing it to age or not, mix it or not, bottle it, label it, distribute it, promote it… It has always astounded me how easily we open, drink a couple of shots and then toss the bottle, often without thinking of the tens of hands, years and the care that give us the privilege to do so.
Below are some of our favorite brands –just a few, since there are well over a thousand brands—which, due to their quality, their soil and processes, are worth trying and savouring slowly. Choosing between white, reposado (aged for less than a year), or añejo (aged between one and three years), is a matter of taste, and that taste can only be reached by trying them, so I suggest you first find your favourite kind, enjoy it slowly, taking little sips, and go from there.

Founded already 10 years ago by Bob Pittman and Bertha González Nieves, this 100% pure and independent tequila was made with a single objective in mind: creating limited editions of an elixir made with spring water, whose result is so exceptional it is served straight. The latter is particularly evident in their white tequila, with a crystalline tone, completely clean, with a velvety body, fresh aroma and soft, light and elegant flavour. The bottle is very peculiar, and it is not solely because of its design, but because all of them are signed and numbered, and they may even carry their owner’s name. This is a liquid which, when tasted, will not make you grimace, and that is something laudable. Casa Dragones is a brand that is closely tied to the country’s gastronomy, which is why they have had wonderful collaborations with some of our finest chefs; if you’re interested in the subject, you can find out about their events and the pairings they suggest on their social networks. Funnily enough, this brand chose San Miguel de Allende as their spiritual home, which is why their name is inspired by the legendary dragons of this city, the cavalry of Queen Elizabeth II, who lead one of the movements which gave us our independence. If you visit this World Heritage Site city, you must, at the very least, visit Casa Dragones’ tasting room, which is a bar for six people, and whose walls flaunt four-thousand handcarved mosaics made of obsidian, or you can visit the entire house, which still houses the original Dragons’ stables, which date back to 1671. This is a genuinely unforgettable experience.

This Brand of tequila boasts of an impeccable process which includes triple distillation. Founded by master tequila-maker Pepe Hermosillo in 1997, with a single seed, Casa Noble grows its own agave, taking care that each of its methods’ steps are artisanal and organic. They even make their own compost and have their own water plant; undoubtedly, their devotion to the land and fields deserves an enormous amount of respect. Their secrets have already been passed down for seven generations among the people who work for the brand, who after 12 years of caring for and allowing their plants to absorb the sun and the characteristics of the land, began making their tequila. All their labels are well balanced, a complex and soft smelling distillate. For the aging process, they select Grand Cru French barrels of the best quality, which endows it with an amber color and unparalleled rich and spiced aromas. The best the house has to offer are its founder’s selection, which are luxury collections of one-of-a-kind-worldwide tequilas. And as it happens with anything good, it only comes in small quantities; only in limited editions, in bottles that are as simple as they are elegant. The first of these collections –one will be released every year—Alta Belleza, a 500-piece limited edition tequila, which encloses a vast quantity of aromas, aged for six months in Cabernet Sauvignon barrels. In this manner, Casa Noble pays homage to Jalisco and one of the most sophisticated plots of land in the world.

This brand has been on the market for over two decades, during which they have devoted themselves to finding the best way to extract and age the juice of blue agave in El Arenal, Jalisco. Regardless, their distillation space has been devoted to the production and bottling of tequila for over 100 years. It is important to mention some of the characteristics of its process, which are evident when tasted: they cultivate their own agaves, and they only grind the heart twice, which means that less juice is extracted, but it has a greater concentration and flavour. Additionally, they use natural yeasts, distill it twice and only use barrels that have contained tequila for over 20 years. We could say that the main advantage of this distilled drink, produced in the Tequila region, is literally the time they take to make it. We recommend trying their reposado or añejo tequilas, which they age in American or French oak barrels, especially their Extra Añejo Cristalino, a pure tequila that stays in the barrel for three years. However, trying their organic white tequila is also worthwhile, it is elaborated under the supervision of the OCIA, an international certifier of organic products, and which has won global awards, since it brings out the purest flavours bestowed upon on by the earth where the Agave tequilana Weber grows, with floral, citrusy and mineral touches.

This is a family-run distillery that has a history dating back 130 years and was founded by Don Delfino González. This is one of those businesses whose employees have been lovingly working there for years and years, since Carmen Villarreal’s philosophy implies supporting her employees, so they can develop to their full capabilities, which has earned the house international awards for best practices and sustainability. After her husband’s passing, Carmen did what she would never have imagined: she took over the reins of San Matías, which makes her one of most prominent female figures in the tequila industry. And we can definitely see the enormous efforts that go into each of the steps when we taste her tequila, whose agave grows in Los Altos region of Jalisco. It is important to note that they have a wide range of products, each one is very peculiar and of the utmost quality, so this is the perfect brand to begin tasting and trying the differences between each one. Our favorite, their Gran Reserva, dates back to 1993. This is the first extraañejo in the world, amber in color and with the aroma of wood and fruit. Sweet on the palate, with almonds and hazelnuts, vanilla and chocolate, and a long finale with sweet fruits, that is best enjoyed with dessert. It is one of those tequilas with a whole lot of character, which are kept for celebrating important moments.

From Los Altos Region in Jalisco, this is a young brand created by and for young people. Since 2010, the story of Alacrán deserves our entire attention thanks to the way in which they have brought the tequila tradition to contemporary Mexico, in which marketing, the logo, font and bottle design, and even the palate, are completely different to what most tequila brands are used to. Their impact was such, that after years and years of being looked down upon, and thanks to efforts like that of Alacrán, tequila is once again being written about and partaking in our parties and cantinas, and why not? It has also participated in the national economy, according to Excélsior journal, in 2017 we exported 2011 million litres to over 120 countries, 7.1% more than in 2016. It would be worthwhile to explore Alacrán with their white tequila, the winner of several international medals because of its intense agave flavour, although it is also herbal, flowery and fruity. If it comes in a pink bottle, 50% of its value will be donated to program that raises awareness of breast cancer. We should also mention that Alacrán also sells mezcal, and it is the good stuff.

Since 1904, Cascahuín has distinguished itself due to the genuine flavour of the hill where it is created. Whenever a brand can celebrate over a century it seems unnecessary to talk about its vast tradition; however, I have history on my side when I put this label on this list. Their productive processes remain faithful to their beginnings, which has not kept them from improving and innovating over time. Four generations have produced this tequila which, according to its creators, is always even, and best enjoyed with company. What remains true is that one you have tries it, it is hard to confuse it with another tequila, due to the sweetness of the cooked agave that lingers in its empty glass, mixed with the minerals of that area. It is not for nothing that their distillery is located in a place known as the doorway to the agave landscape, in El Arenal, Jalisco. I recommend you try their añejo, which is aged between 14 and 16 months in American oak barrels, used for the production of tequila for over 20 years. Amber in color, but clean, it has peculiar aromas, such as raisins and peanuts, almond and peach. The wood adds plenty of flavour.